InterWorks makes Inc. 5000 list for second year in a row

InterWorks makes Inc. 5000 list for second year in a row

Inc. released their annual list of the fastest growing privately held companies in the nation, giving InterWorks Inc. a high ranking for the second year in a row. 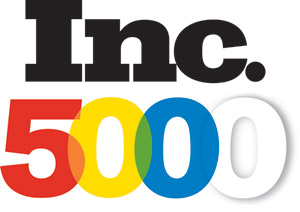 When asked about the company’s growth, Behfar Jahanshahi, InterWorks Inc. CEO, had this to say “Growth isn’t our goal, it’s a byproduct of hard work and the relationships we have built with both our clients and employees.” He also noted that the company’s growth has been organic and carefully planned, without acquisitions.

Inc. said in this year’s press release that the list is “…a unique report card on the U.S. economy. Despite the ongoing recession, aggregate revenue among the companies on the list actually increased to $214 billion, up $29 billion from last year, with a median three-year growth rate of 126 percent. The Inc. 5000 are responsible for creating more than 1 million jobs since their founding, making the list perhaps the best example of the impact private, fast-growing companies can have on the economy.”

Founded in 1996, InterWorks Inc. is an Oklahoma-based company with representatives across the United States and the world. InterWorks, Inc. started with computer networking and technical support services, quickly growing with the needs of existing and new clients – expanding into software development, web services and online marketing. InterWorks, Inc. is now a full service technology provider and regionally respected IT outsourcing firm.

Lead Web Developer
LinkedIn
Internet Explorer ignoring CSS files Like most web developers, I do most of my development work in one browser (in my case, Firefox) and then do cross browser checks after ...
Creating checkout panes for Ubercart All code comes from a shipping insurance module I wrote for Ubercart. I plan to release it on ubercart.org and drupal.org after I ...