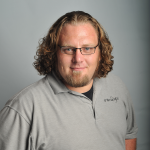 You’ve probably heard about McAfee’s faux pas detection of the w32/wecorl.a virus in WinXP.  Here’s what they intend to do to fix the problem…

“INSECURITY OUTFIT McAfee has offered to fix the one per cent of PCs running Windows XP that were hosed by its software stuff-up.

The antivirus company apparently thinks that “a small percentage” of Windows XP users had problems caused by its recent software update that could not be fixed.

According to the McAfee website, the outfit’s “immediate priority is to get you back up and running.”

It has a set up toll free support numbers worldwide with qualified technicians standing by to diagnose computers and determine the fastest way to get them up and running again.

If this does not work it is offering to get its users the software they need to fix their PC systems.

“We can get you the software in one of two methods. You can either download the software fix from a working PC, or we will express deliver a CD to you,” the website reads.

McAfee has offered to reimburse reasonable expenses, such as a visit to a local tech support specialist.

It is also offering free two-year extensions of current subscriptions at no charge. This extension will appear in the “My Account” section of the McAfee Web site within the next 30 days. µ”

Systems Engineer
Twitter
Google+
LinkedIn
“NTLDR is Missing or Corrupt”, “Invalid Boot.ini”, and other “Windows could not start” error messages Sometimes virus/spyware infections or other corruption can cause degradation of the boot sector resulting in error messages when trying ...
Remove Suggested Contacts From Outlook 2010 I generally like things nice and tidy… In Outlook 2010, Microsoft has included a nifty feature called Suggested Contacts that keeps ...