Tableau Class Notes: A Use Case for the Self Join

Tableau Class Notes: A Use Case for the Self Join 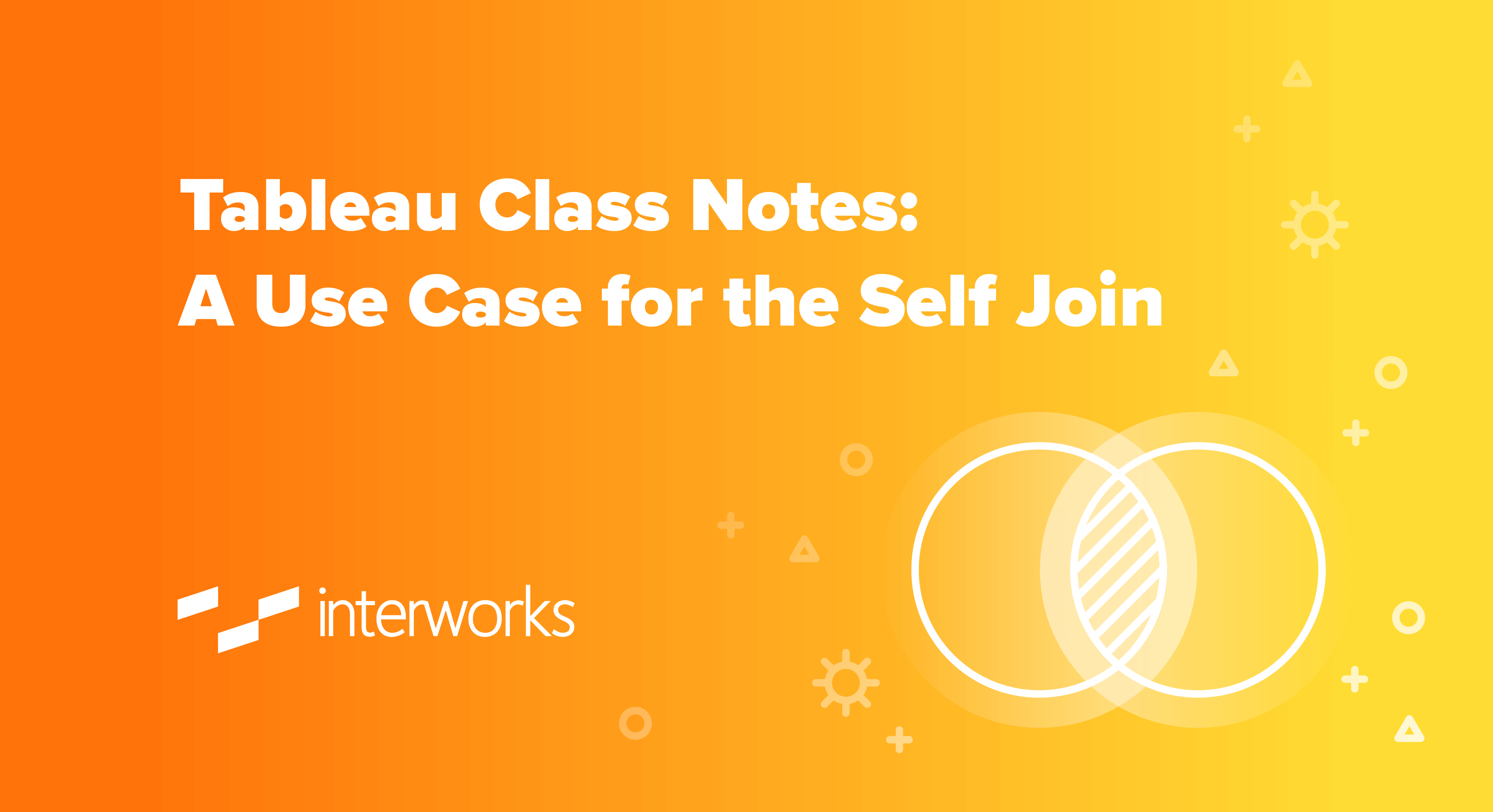 It’s no secret that Tableau Prep is a game changer for those looking to clean, explore and connect their data sources together. There are myriad join options, from your traditional left, right and inner joins to more advanced options such as Left Unmatched Only, which will include only rows that exist on the left data source. But one join type eluded me—the self join. So when my student, Greg, asked me for a good example of a self join, I knew why I would do it but not how.

Here’s what I am trying to accomplish: I have a list of all the Harry Potter films, the year of their release and what their sequel is:

Using the Self Join in Tableau Prep

In order to get that data source, I can do a self join in Tableau Prep (note that this could also be achieved in Tableau Desktop). While this isn’t a pre-defined join option, I can join my Sheet 1 to my Sheet 1. What’s interesting is my join clause, and this took a bit of experimentation.

The challenge I encountered was, how do I join my two instances of the same sheet together in order to get the information I wanted? I needed to make sure that I was pulling in each sequel’s release date as well as its own sequel, information contained in the three columns of my original data source:

If I join my two worksheets with Sequel=Movie, I can then obtain information for that sequel’s release date, as well as the sequel’s sequel: 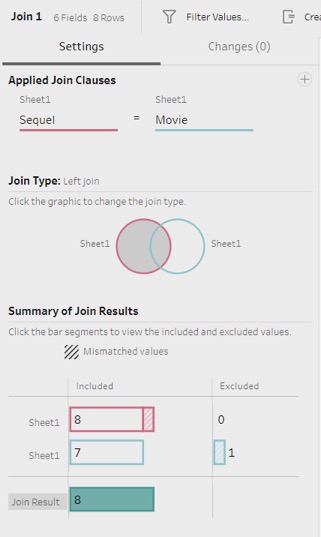 Of course, I will have one result excluded. As the first film in the series, Harry Potter and the Sorcerer’s Stone is not a sequel. I can discard this, add a clean step and voila! I have all the data I need:

Self joins are a great alternative to what might have been a very tedious copy-paste situation. Thank you, Greg, for the challenge!