What started out as a fairly normal weekend for InterWorks CEO Behfar Jahanshahi soon turned into something beyond expectation. Weeks ago, he was told by his wife and InterWorks Chief Culture Officer Staci Bejcek that they would be attending a charity dinner that they attend every year, so he needed to look presentable (though, when doesn’t he?).

Before arriving at the dinner, Staci needed to stop by the Conoco Phillips OSU Alumni Center to pick something up. Behfar went in with her, following her to a set of doors that led to a banquet room. When the doors opened, the room was far from empty. Much to Behfar’s surprise, the vast majority of InterWorks was there, waiting on him. And so began InterWorks’ surprise 20th anniversary party.

Above: A surprised Behfar (left) after opening the doors to a room full of friends and family.

Pulling off the Surprise of Two Decades

For those of you that know Behfar, you know there’s not much that escapes him. At InterWorks, he’s largely seen as all-knowing, all-present, omniscient. How one person can stay so in tune with a growing company like InterWorks is anyone’s guess, but the point is that it’s hard to slip anything past him. That’s why pulling off this surprise party last weekend was such a triumph. For once, we surprised the unsurprisable man, but not without great effort.

It all began in March of 2015 when Staci approached the InterWorks Marketing Team about surprising Behfar for InterWorks’ 20th anniversary the following year. They soon worked out the details and booked the venue only one month later – 14 months before the event date. 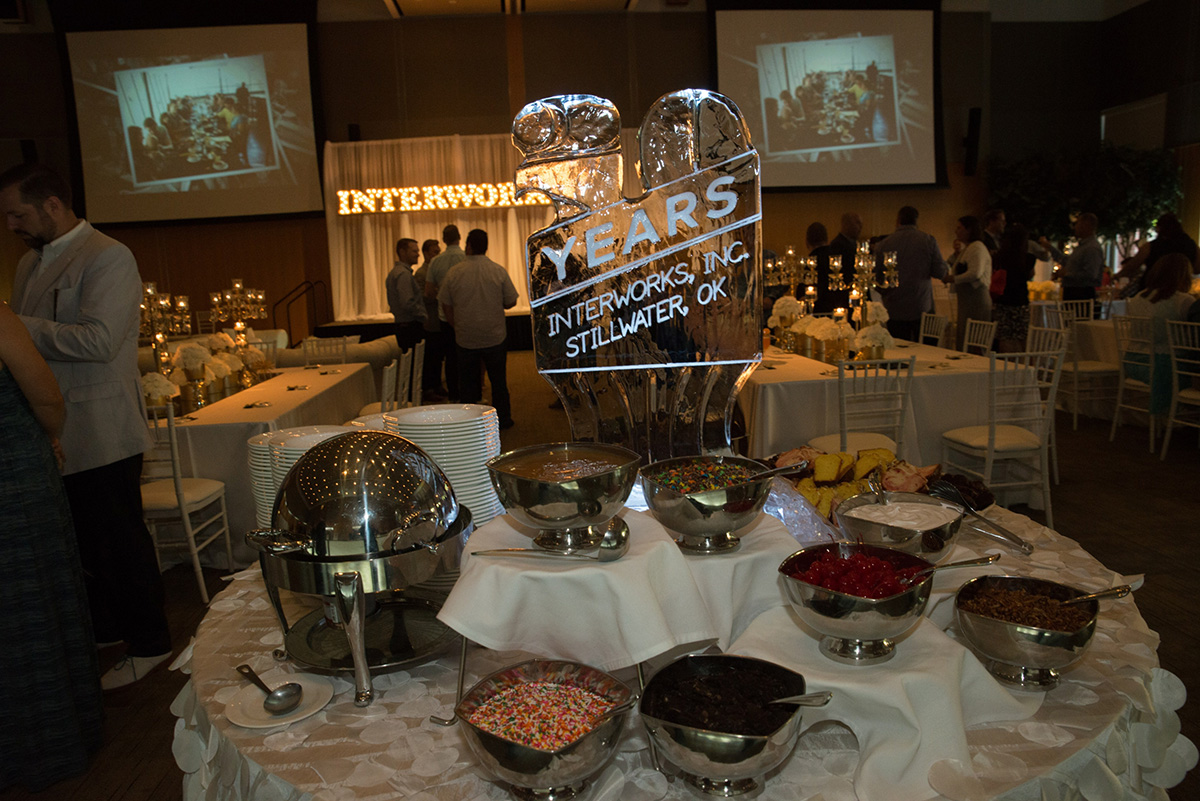 Above: The details planned included an ice sculpture and a dessert bar.

In January of 2016, the real planning started. Staci and the Marketing Team (especially Event Coordinator Brittany Dunn) worked tirelessly to find vendors, put a theme together and let everyone else in the company know what the plan was without Behfar finding out. This required some clandestine activity, from hiding expenses to labeling tasks in our internal time entry application to keep Behfar off the trail.

But it wasn’t just Staci and the Marketing Team working under the radar. Everyone pitched in. Leaders within the company as well as some old friends of Behfar’s were rounded up in advance to prepare heartfelt speeches about Behfar and InterWorks … oh, and to also formulate a roast. On top of that, employees scattered all over the globe sent in short videos sharing their congratulations. All of these efforts finally culminated on the evening of June 11, 2016.

A Night to Celebrate

Once Behfar arrived, the event kicked off. In attendance were InterWorkers from all over the country and even InterWorks EU (right before a major conference in London)! The Alumni Center was the perfect venue to hold such an event, considering Behfar earned both his bachelor’s and master’s degrees at OSU and continues to hold strong ties to the university. 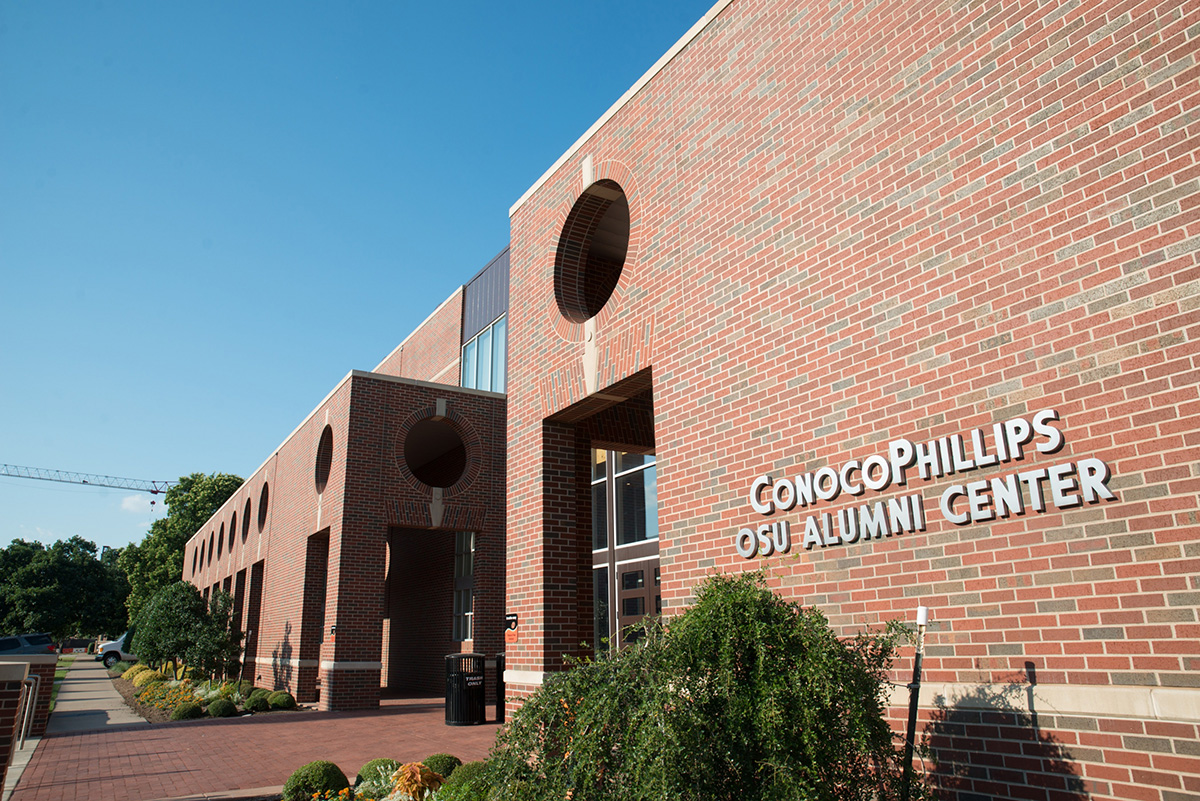 Above: The Conoco Phillips OSU Alumni Center in Stillwater, Oklahoma.

The evening began with two videos, the first of which was the aforementioned congratulations video that so many contributed to:

The second video was a spoof of “The Office,” only with Behfar-isms as the subject:

After the videos played, the speeches began. Several InterWorks leaders and longtime friends took turns sharing their thoughts on Behfar and the company he founded. Things even got a little misty at one point. And once the heartfelt speeches were complete, we went into the more … spirited … portion of the evening. Unbeknownst to Behfar, a roast was about to take place with him as the subject.

A throne was brought up on the stage and Behfar was presented a crown and cape. Roastmaster and InterWorks Chief Marketing Officer Dalton Parsons kicked off the roast by poking fun at just about everyone, and then his fellow roasters took turns saying things that shouldn’t be repeated on public outlets. 🙂 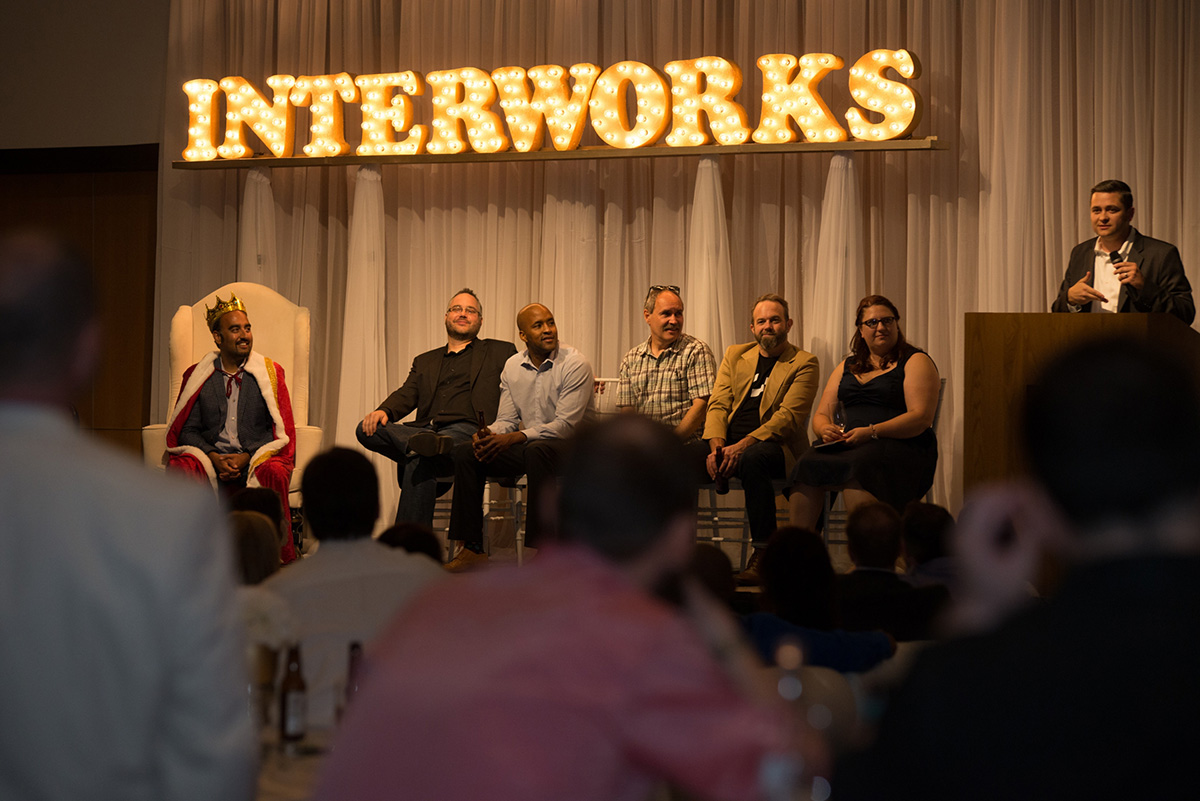 Above: Ken McBride brings out the jokes as part of Behfar’s roast.

To close the roast, Behfar was invited to the podium to say a few words of his own. In true Behfar fashion, he shifted the praise he received that evening back onto us, the employees. He said that we are the reason that InterWorks is what it is today, and that he couldn’t be more proud to work with this group of people. He’s not wrong, either.

The truth is that InterWorks is a great place to work because each of us contribute to the overall culture in our own way, but it’s Behfar’s leadership that has set the example for us to do so. That’s why we held this event. That’s why we continue to heap praise on him (despite how much he hates it). That’s why we come to work each day actually looking forward to what we do.

So, happy 20th anniversary Behfar and InterWorks. Thanks for the great years thus far and the many yet to come.