My Experience as a Tableau Zen Master

My Experience as a Tableau Zen Master 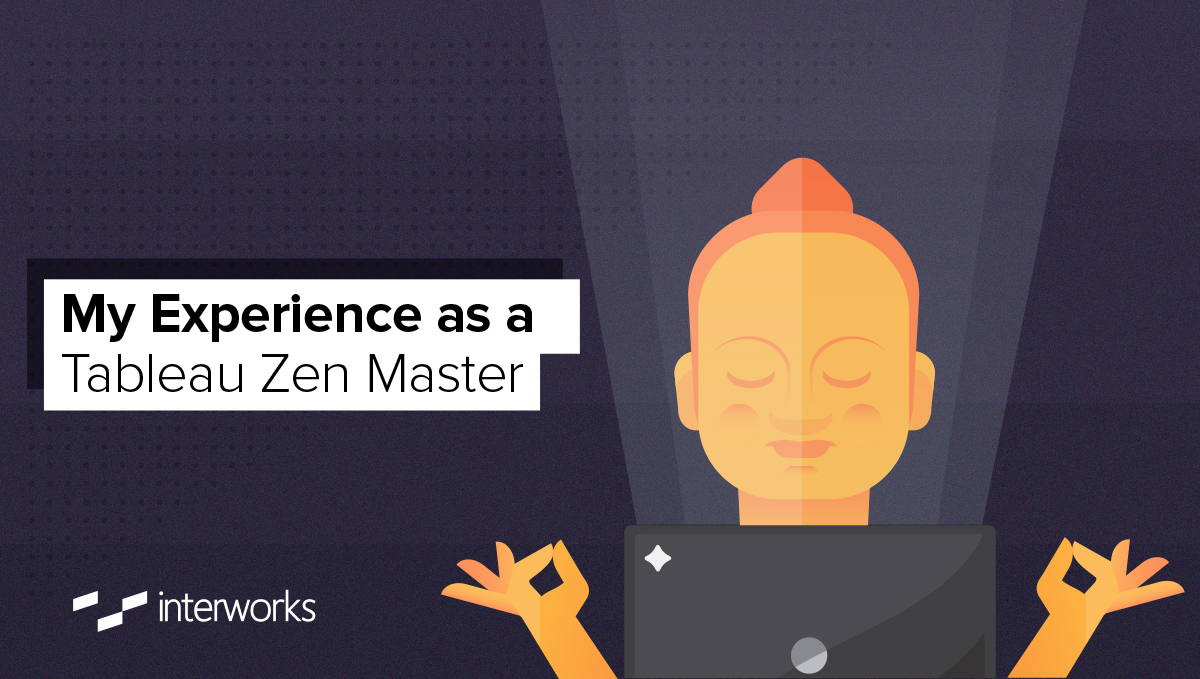 One of the biggest thrills of my career was becoming a Tableau Zen Master last year. I’m an old guy, so that’s saying a lot. Since nominations are being accepted for the 2015-2016 Zen Masters, I thought I would provide a few thoughts on the experience of being a Zen Master.

Contributing to the Community

I’m not the most technical Zen Master (not even close). I’m not the smartest Zen Master (again, not even close). I’m not the most prolific blogger (many post more). But I do love converting people through training, speaking and personal interaction. Being a Zen Master doesn’t change my desire to do those things. I’d been doing them for nearly seven years before I was recognized by Tableau with Zen Master status. I do it because I want to. It’s fun. The people are wonderful, smart and there is always someone new who is posting something interesting that I would have never thought of doing on my own. What’s even better, most of those people freely share their knowledge. I’ve really enjoyed interviewing people in the Tableau community that are doing interesting work and blogging about them in my 10 Questions series.

Writing a Book on Tableau

If I had to guess why I was recognized as a Zen Master in 2014, it was probably for two reasons. First, I wrote a book on Tableau called Tableau Your Data! Second, I gave around 70 speeches last year on being data-driven, on my early experiences with Tableau or on some helpful technique. Writing a book is hard work. I spent over eight months creating the first version. I couldn’t have done it without the help of Behfar Jahanshahi, James Wright, Brian Bickell, Ben Bausili, Kate Treadwell and Eric Shairla as well as a dozen other InterWorks team members that helped in some way.

The most gratifying thing about writing a book on Tableau is the positive (and negative) feedback that I’ve received from people who have read the book. Writing a book isn’t a financially rewarding experience, but it is gratifying to work very hard on something and have 15,000+ people receive value from that labor. The most negative feedback I received was the most helpful. Dick Holm (a person I had never met and didn’t know) emailed me with some extremely detailed critical feedback. Very helpful. Dick’s doing the technical editing on the second edition of the book.

Last year, I had the good fortune to speak at over 40 user groups all over the USA and Europe. What a fantastic experience that was! I started the first user group in the United States with Andy Kriebel, Andy Piper, John Hoover, Chris Cushman and Martin Click. The Atlanta Tableau User Group has spawned four Zen Masters (Andy, Nelson Davis, Mark Jackson and myself). My desire to speak came mainly from my participation in the Atlanta Tableau User Group.

Writing a book was a way to get to speak at more user groups and have the opportunity to meet more people in the community. Becoming a Zen Master didn’t hurt my ability to do that, but it also didn’t change the trajectory of why, when, how, who or where I was speaking.

I particularly enjoyed my time in speaking in Europe last summer. It reminded me of the Tableau community in the USA about five years ago. Crazy, passionate people who were volunteering their time to help other Tableau users. I can’t think of a better way to spend an afternoon or evening. Every experience has provided me an opportunity to share and to learn from others, but becoming a Zen Master really didn’t change that. I would have done it anyway and will do it again in the future.

Being a Zen Master 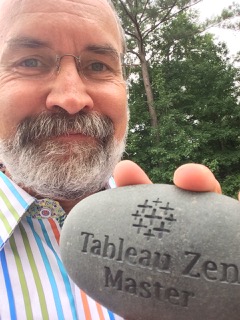 Honestly, being a Zen Master hasn’t changed my life at all. I do get to participate in quarterly meetings in which Tableau shares insight on product direction. I get to interact with other Zen Masters, but most of them were friends well before I became a Zen Master. I got a rock that says I’m a Zen Master, but other people have more rocks. I’ve probably been using Tableau as long as or longer than any of the other Zen Masters, but I’ve learned something from every one of them that was useful.

Of course, I didn’t need to be a Zen Master to learn from the other Zen Masters; they are all generous people that share their knowledge freely. So, in truth, becoming a Zen Master hasn’t changed my life at all. The greater Tableau community has been part of my life for almost eight years now, and I plan to keep participating in the community. Why? Because it’s fun, the people are nice and the output of the community is interesting, artistic, analytical and useful.

Becoming a Zen Master hasn’t changed anything. I’m doing what I want to do. I’m getting to learn from and meet great people. I get to play with a fantastic tool and help clients get value from Tableau. Aspiring to be a Zen Master shouldn’t be a goal. It’s an outcome from doing what you want to do and helping a few people along the way.