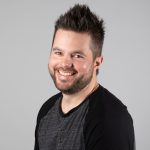 At InterWorks, we’re proud of our work and love to share a bit of our process so it might help you with one of your projects. Especially when it’s implemented at the world’s largest student union!

The leadership of the Student Union at Oklahoma State University approached InterWorks about building a site that reflected the major renovations being done to the physical structure. InterWorks became the natural choice after OSU chose InterWorks to revamp all of their websites. Plus, with several of InterWorks’ employees coming from OSU, including project lead Matt and myself, personal relationships helped strengthen the bond.

Drupal 7 became the content management system because of the multi-site feature, as the Union will have several sub-sites, allowing their IT to manage a single core, and several modules that helped to integrate Drupal with the Union’s IT infrastructure. Each of the Union’s departments as well as many students had a say in the early stages so that InterWorks could help develop a site and a solution that would benefit everyone – Union departments, students and the general public.

The BURNING Question: What was HOT at DrupalCon 2013?
Drupal Quick Tip: Auto “node/nid” Paths from Alias in Menus
Drupal 7 and Omega – Part 2: Delta and Context modules
Quick Tutorial on Overriding Drupal Views using Templates
Getting Started with Omega and Drupal 7

Multimedia Manager
Facebook
Twitter
LinkedIn
Drupal Quick Tip: Auto “node/nid” Paths from Alias in Menus “In learning you will teach, and in teaching you will learn.” Words spoken by (or, at least, attributed to) the great Phil ...
Quick Tutorial on Overriding Drupal Views using Templates Scott and I were recently invited to Oklahoma State University to provide Drupal training for their web admins. Drupal has been on the ...