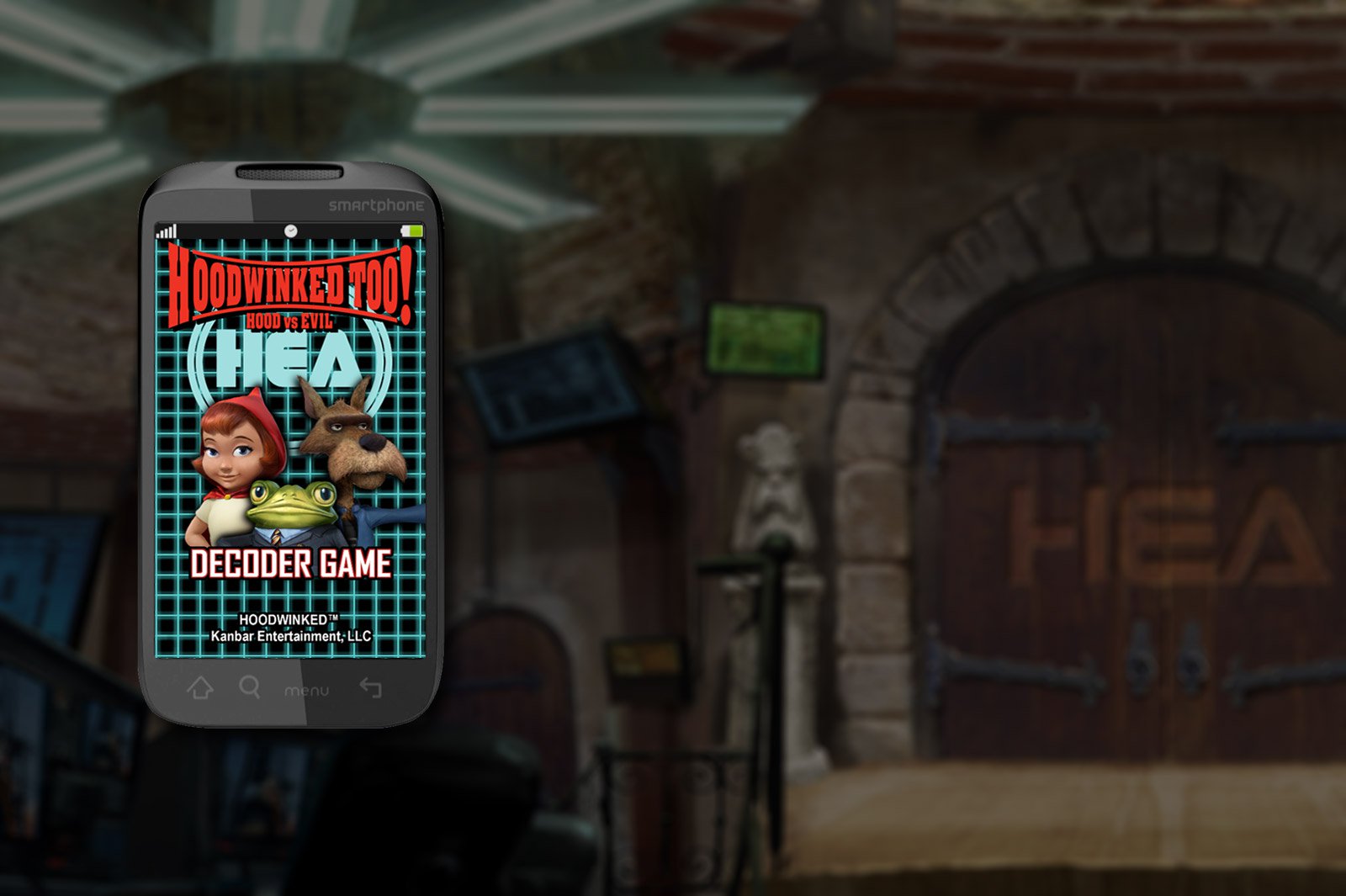 Kanbar Entertainment, LLC. proposed the development of an Android based game for Kanbar’s film “Hoodwinked Too! Hood vs. Evil”—the second installment of the “Hoodwinked!” film series distributed by The Weinstein Company.

InterWorks used the storyline and characters to conceptualize and propose multiple game options for Kanbar, on a very tight deadline. The chosen game,  “Hoodwinked Too! Decoder Game”, is a brain game/puzzle based app that is a game for all ages. The theme of the game ties into the storyline of the film as players are asked to assist the “HEA: Happily Ever After Agency” with decoding a series of intercepted files (images) which are scrambled. Difficulty levels are scaled from easy to expert.

The “Hoodwinked Too! Decoder Game” was launched in correlation to the theater release date of the film and is available on the Android Market for download at a price of $1.99. Kanbar also requested that InterWorks create a video tutorial of the game to be a feature on the official “Hoodwinked Too!” DVD.