Catholic Charities of the Archdiocese of Oklahoma City

Catholic Charities of the Archdiocese of Oklahoma City 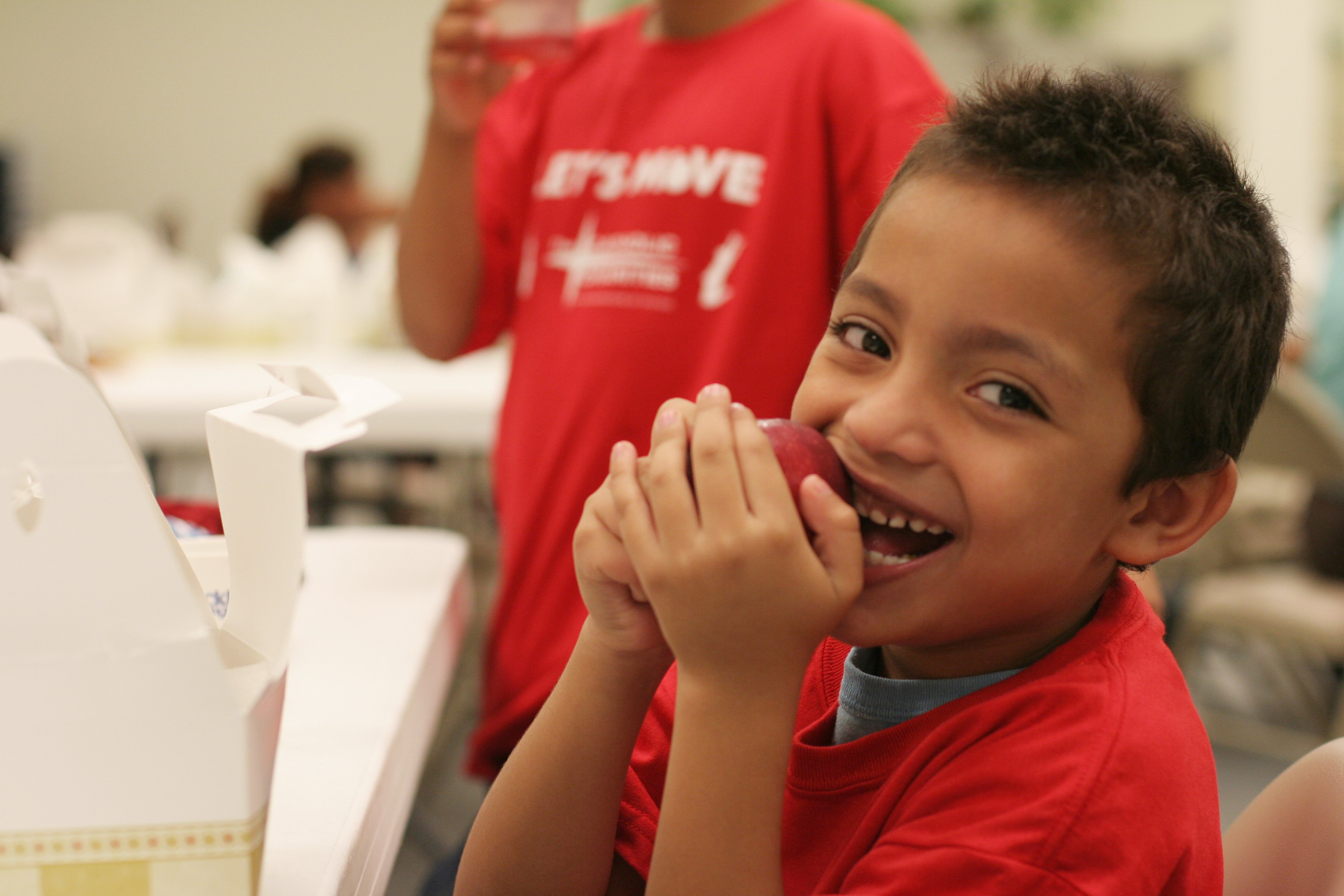 Catholic Charities of the Archdiocese of Oklahoma City is a faith-based service organization providing help and hope to Central and Western Oklahoma.

Catholic Charities Archdiocese of Oklahoma City is a faith-based service organization providing help and hope to Central and Western Oklahoma. With a rich history extending back to the founding of St Joseph’s Orphanage in 1912, Catholic Charities began their mission by providing pregnancy, adoption and foster care counseling services.

Over the years, Catholic Charities have shifted their focus to smaller group homes and specialized populations. Even so, the services they offer have expanded considerably. Today, they still offer pregnancy and adoption services but have expanded their mission to include family and marriage counseling, immigration legal services, refugee resettlement, rent and utility assistance, disaster relief, homeless outreach and more. If there’s a need in the community, they likely have a coordinating service to help.

With such a broad range of services, Catholic Charities are incredibly active within state and local communities. For years, they’ve managed to juggle this all in an increasingly limited space. To support their growing initiatives now and into the future, they decided some time ago that moving to much a larger location was inevitable. After careful planning and development, their new location was finally completed in 2016.

Though their mission remains very much the same, their move spurred them to think about other changes that needed to take place. Namely, it was an opportune time for them to reevaluate their aging IT infrastructure and plan for the future. If they were going to have to reimplement everything in the new, state-of-the-art location anyway, it only made sense to have a capable IT infrastructure to match.

To get the jump on this new infrastructure, Catholic Charities contacted their Dell representative to see what could be done from a server and storage perspective. After seeing the sizeable amount of work that needed to take place, Dell brought in their best, local full-stack partner to assist: InterWorks.

InterWorks Account Executive Russell Parker sat in several meetings to determine exactly what Catholic Charities needed to ensure that the IT Infrastructure in their new location could effectively handle their operations now and well into the future. Everything was on the table for massive upgrades: desktops, storage, servers, their entire wireless and phone systems, backup and even email. After a thorough evaluation, InterWorks determined that all of this could be achieved in a 500-hour services engagement. But, with so much to do, where to start?

As Catholic Charities began preparing to break ground on their new location, InterWorks was already enacting their master plan for IT. In fact, InterWorks was managing every aspect of the project from start to finish. The most logical starting point was solving Catholic Charities’ email woes. Since this didn’t really involve anything within the new building, InterWorks could get started right away. That’s not to say there weren’t challenges. Catholic Charities’ mail server was simply old, their spam filter was spotty and the primary contact for mail issues left three weeks into the project. Not to mention, their current plan only allotted 500 MB per each individual mailbox.

To remedy these problems, InterWorks immediately transitioned Catholic Charities to the cloud-based Office365 platform and upgraded each mailbox to 50 GB of available space. InterWorks even planned ahead to integrate this into the larger communications overhaul by enabling Skype teleconferencing. To assist on the teleconferencing front, InterWorks worked with Ford A/V to fully equip the new conference rooms with compatible technology once construction was underway.

After the mail issues were sorted out, InterWorks moved onto tasks in the physical building. After a full site evaluation, InterWorks knew that planning and implementing a new Ruckus Wireless system would be the first physical task to complete. By dropping the wireless network and access points in the right locations from the get-go as opposed to working them around an existing infrastructure, they could spare themselves from any unnecessary reconfiguration headaches.

In addition to carefully selecting optimal access points throughout Catholic Charities’ expansive new facilities, there was a unique consideration with their wireless solution uncommon to most organizations. They wanted to ensure they had solid internet coverage both inside and outside of the building. The reason? In times of disaster, Catholic Charities offers up their property for disaster relief operations. That means that in the event of a disaster, their parking lot would be turned into a relief zone. To give relief workers a communication advantage, they needed to have good wireless access in the parking lot. InterWorks planned for this expertly by pointing some access points out into the parking lot to achieve this end.

Once InterWorks implemented the Ruckus Wireless solution, InterWorks moved onto server work. For the most part, InterWorks saw that they were working with a fairly standard setup: two post racks with a couple of shelves, a single firewall, a couple of switches and two server towers – all serving desktop computers that were donated or two to three years past their support timeframe. It was apparent that they needed some modernization.

To help them meet both current needs and give them the ability to scale out in the future, InterWorks suggested a new Dell PowerEdge VRTX built for VDI. InterWorks carefully planned out this new infrastructure, but a wrench was thrown into the equation when Catholic Charities’ old primary server domain controller failed a week into the project. While their server was down, InterWorks used the downtime for the better. They virtualized what was left, recovered all their data and got the old business running on the VRTX solution in no time.

With the new VRTX already in place, InterWorks soon began implementing the VDI portion of the solution. They set up two servers installed with VMware to host all desktops virtually and then sorted out failover and load balance. Since most clients utilize different software, InterWorks spent some time testing out the desktops with thin clients to ensure that everything ran smoothly. InterWorks finished the whole project off by adding a new Dell SonicWall firewall as well as entirely new ShoreTel VOIP phones.

The Impact on Catholic Charities’ Mission

With their new IT infrastructure and building now in place, Catholic Charities has officially settled in. The benefits from their new technology have been nothing short of astounding. On the wireless end, their internet speeds are now blazingly fast. They even enjoy these same speeds from the furthest edge of their parking lot, which will be an incredible asset should disaster strike the community and their parking lot transform into an aid area.

The new VDI setup has also freed up a considerable amount of server resources, and their new desktops are capable of handling anything employees might use them for. Employees also greatly enjoy their newfound ability to remotely log in to their machines from anywhere. On that same topic, communication across the board has made great strides with everyone able to contact who they want and access what they need without the considerable roadblocks they experienced before the move. Teleconferencing is already a big hit with the staff.

In summary, every aspect of Catholic Charities’ IT infrastructure is miles ahead of their old setup. In fact, it’s as capable as any IT infrastructure you’ll find for an organization of their size. That’s not even the best part. One might think that an overhaul of this size would take up the entire 500 hours that InterWorks initially quoted. Astonishingly, InterWorks completed the work in 70 hours below that number.

Catholic Charities was so pleased with the quality and efficiency of the overhaul that they booked InterWorks in a maintenance agreement to be their go-to IT providers in the future. That means that InterWorks will take care of all updates, upgrades and server administration duties for Catholic Charities. Previously an IT problem could take up to eight weeks to resolve. Now, with InterWorks’ help, problems are solved proactively and in a matter of hours versus the weeks it took previously.

In the end, it might seem like InterWorks did quite a bit of work. There’s no doubt that InterWorks played their part, but the real credit for Catholic Charities’ new infrastructure goes to them. They knew that to serve the community more effectively and spread the impact of their various missions, they needed operational efficiency of the highest caliber. Committing to new technology is a big investment, but it’s already enabling them to achieve their goals more effectively. Their vision and foresight have made the biggest impact on the success of this project and their mission as a whole. InterWorks is simply proud to help them do what they best by doing what we do best.